The Critical Mass is a monthly bicycle ride-out, traditionally on every last Friday of the month at 18:00. In Brussels, participants happen to gather at Trône Square to then cruise the streets of Brussels.

The participants form a compact group so that they can ride safely despite the car traffic in the city. Like this, they can dominate the traffic around them during their passage. They create a comfortable safe space for cycling, in contrast with the usual experience of being alone on a bicycle surrounded by cars. Everyone is free to join or leave the Critical Mass whenever they feel like it.

The concept of the Critical Mass is borrowed from nuclear physics, where the state of affairs changes once a critical mass of radioactive material is reached and a chain reaction begins. 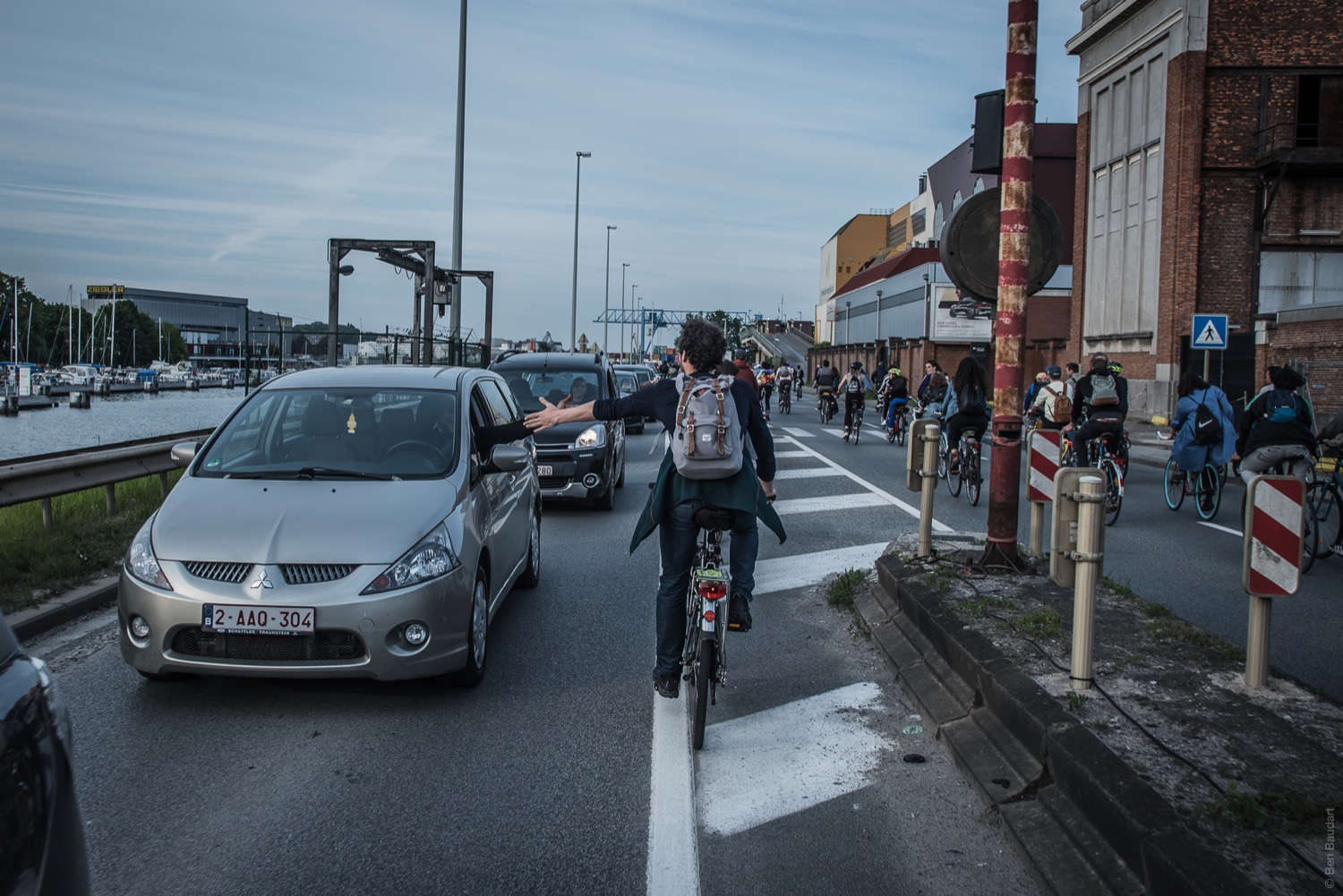 People come to ride with the Critical Mass to spend time with friends, to simply ride around and discover the city, or to show that the bicycle deserves its space in the urban landscape. It’s also OK to have your demands: you might want Brussels streets to be less congested, you might have environmental concerns about car traffic, you might worry about bad air quality - or you would simply want safe infrastructure to be built, so that you can safely bike from A to B.

There are many reasons to join the Critical Mass - as many as there are participants. Current events might affect the route or lead to small actions along the way.

Who organises the Critical Mass?

The Critical Mass has no organisation, no hierarchy and no leader. Nobody manages or controls the event. The actions of the participating individuals make the Critical Mass. Some participants might be more active and better prepared than others. For example, they might have prepared flyers for others to distribute, they might have considered interesting spots to pass by during the tour, or they use social media to give other participants information and orientation.

There are many other Critical Masses in Belgium and around the world. Each has their own, organically grown way of functioning.

If you have read until here, you are either a true fan of the Critical Mass, or you happen to be in a car, while the Critical Mass passes. In that case, we’re very grateful for your patience. We’ll have passed in a matter of minutes, depending on the number of participants.

If there are 50 participants, the group will pass within one green phase. If we’re 5000, you will have time to also read this Wikipedia entry: https://en.wikipedia.org/wiki/Critical_Mass_(cycling). 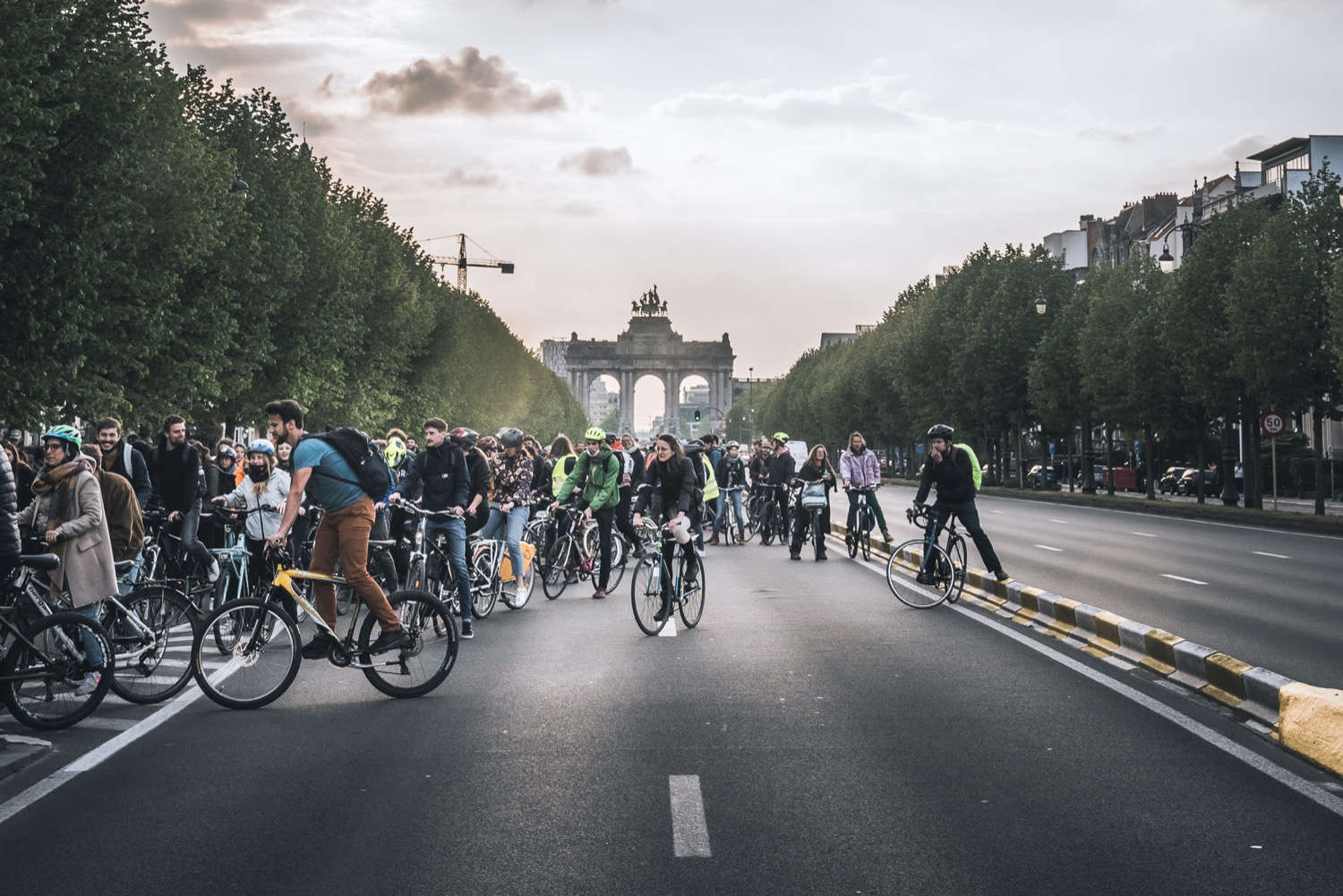